The ins and outs of the Accordion. 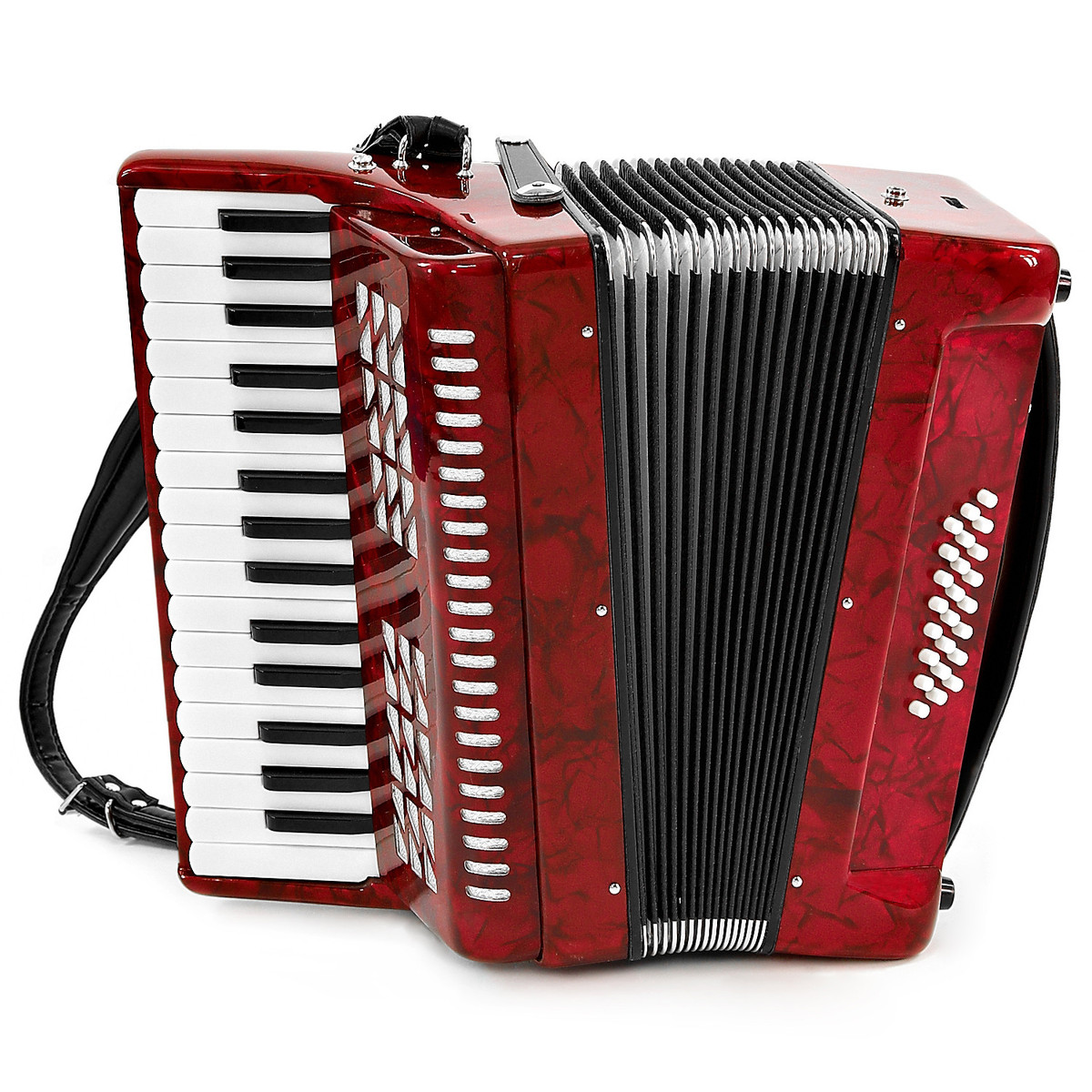 The Accordion was first patented on the 6th of May 1829..It is not often you will see one  in an orchestra, but as a solo instrument in the right hand, it is an orchestra in itself

The Diatonic is basically the two row button accordion that one would see at a traditional Irish music session. For the person who wants to learn traditional music this is the easiest accordion to learn on .It is also small and compact for carrying around  It differs to the Piano and Chromatic accordions in that each key gives two different notes, depending on which way one moves the bellows..

The  chromatic accordion, in spite of having a button keyboard, belongs to the piano accordion family. The action of the bellows and the bass section are the same as the piano model. The chromatic keyboard is available with three or five rows of keys .The five row version is easier to play because the extra two rows are repeat keys.

This arrangement allows.one to play all twelve scales using the same finger pattern.

Of all three instruments the chromatic stands out for its ease of playing. This is because the lay out of the keyboard allows one to play all twelve scales using the same finger pattern. On the piano accordion all twelve musical scales will have a different finger pattern for each scale.

Whatever instrument  you feel like learning your local Ceoltoiri branch will be more than willing to help . With the encouragement of my Ceoltoiri friends in Navan I took up my accordion again after a lapse of forty years. The best decision I ever made.The 6th of May each year has become  “World Accordion Day”. So get out your old box and start  playing.